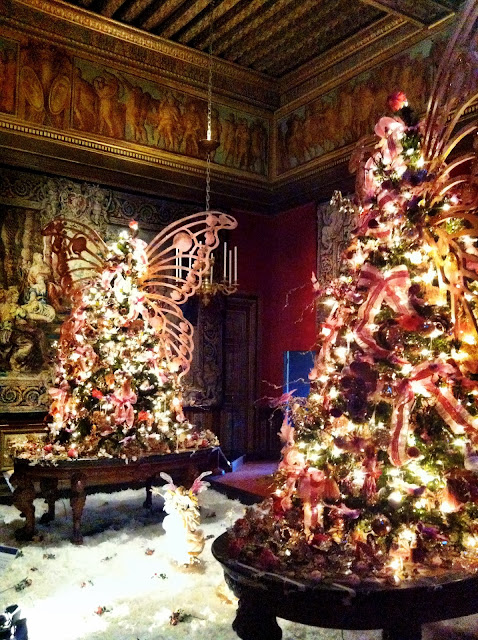 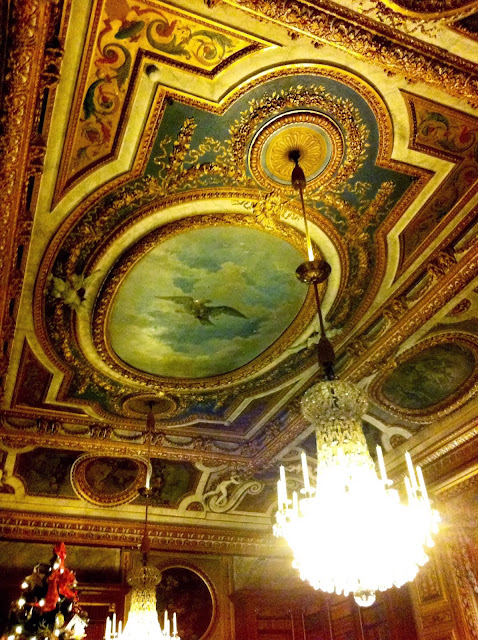 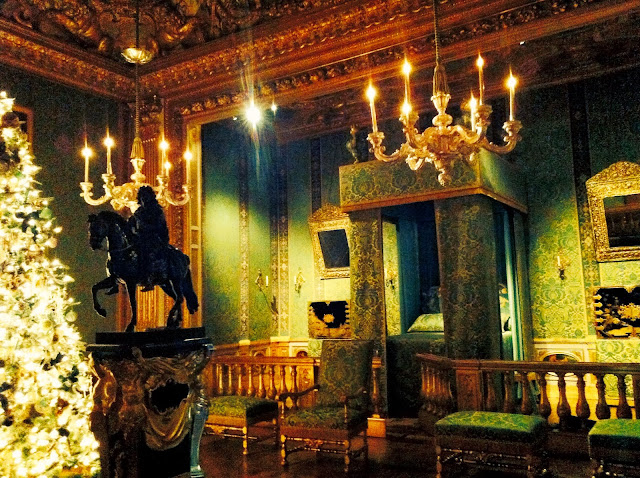 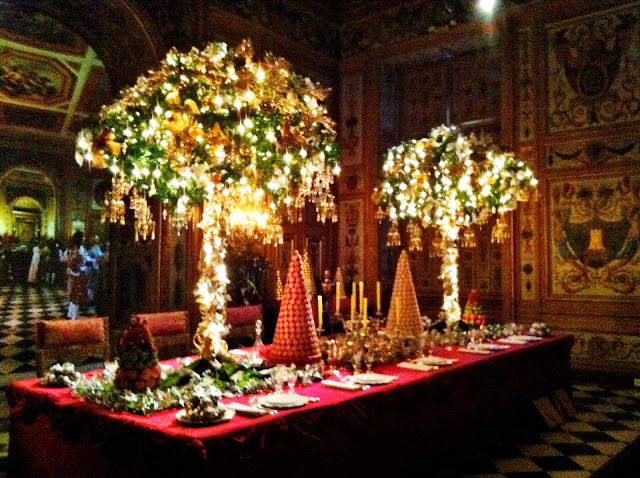 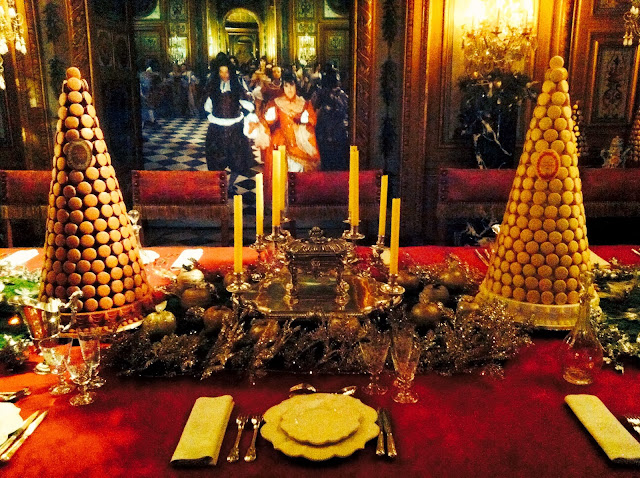 When you walk through all the different rooms and salons, you feel transported back into the 17th century. You realise that the steps you are taking are perhaps similar to the ones Louis XIV took (although he was a king), or maybe the ones that D'Artagnan took (although he was about to arrest Nicolas Fouquet), or maybe more like famous poet/fabulist Jean de la Fontaine's steps. Yes, more like a poet's steps. 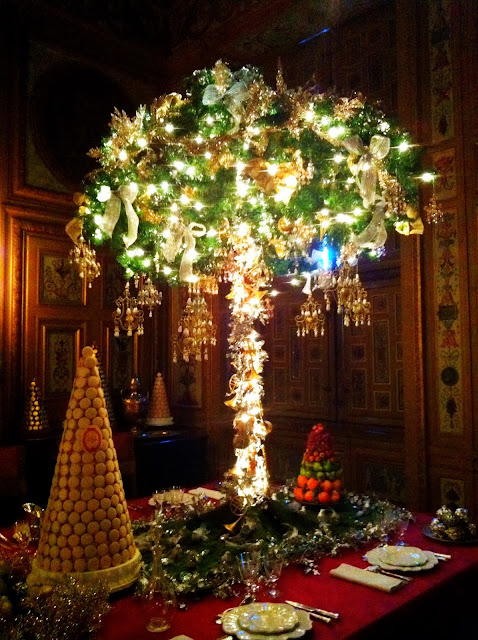 I got a bit snap happy with this room. I blame those alluring Ladurée macaron towers..

And now we move onto less fancy dining for the staff. Much simpler and much more humble but for some reason I love this dining area in the kitchen just as much, if not more. 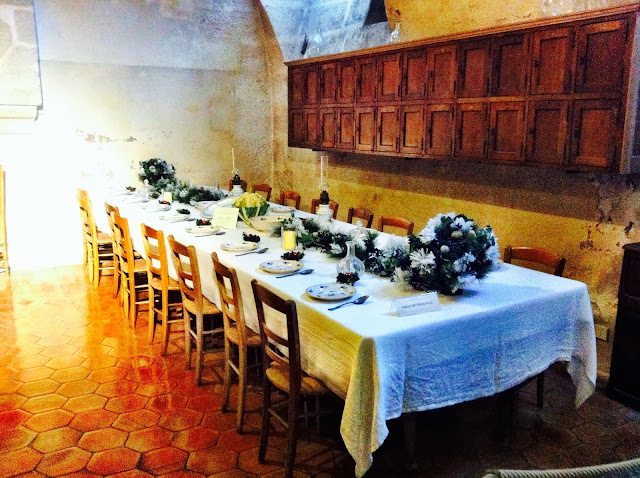 Maybe it's the hexagonal tiling that I'm drawn to. 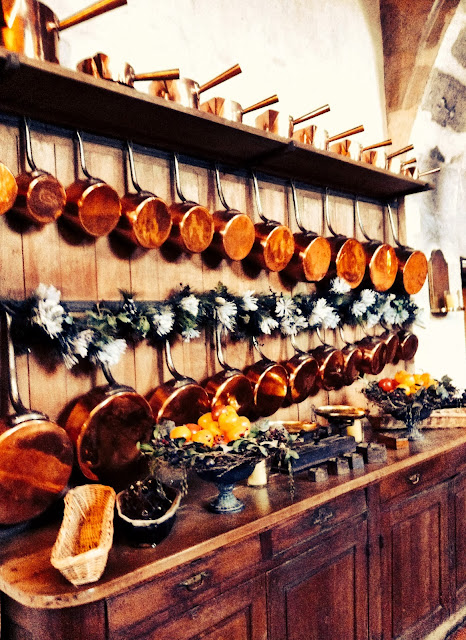 Or maybe it's those shiny pots.

Lastly before we left the château, I noticed this sign: 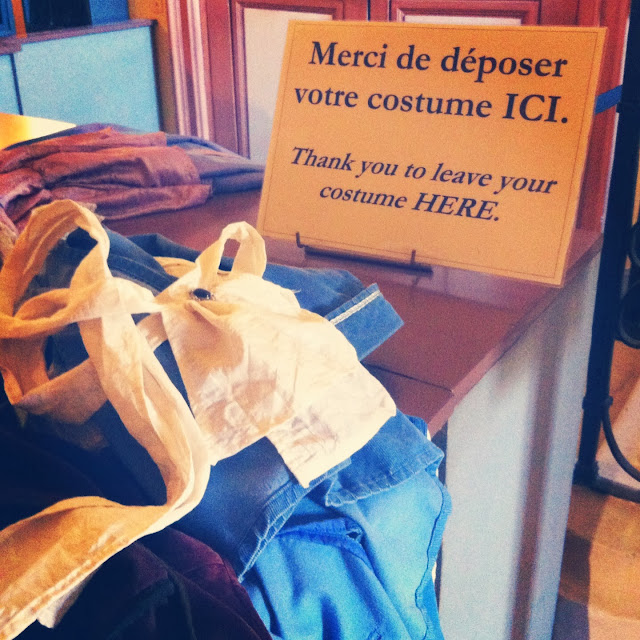 Totally explains why there were loads of cute little kids walking around the château in 17th century ball gowns and suits and hats and accessories that I had to refrain myself from photographing! Partly because I'm sure their accompanying parents wouldn't appreciate a complete stranger taking photos of their children, but also partly because I was a tiny bit jealous I didn't have my own costume.

Château Vaux le Vicomte is definitely up there with my favourites. It's more intimate than the larger castles with hordes of tourists shuffling through from room to room like Versailles, it's very informative and meticulously restored, there's even a candle-lit evening tour available and at Christmas it's a real feast for the eyes.

Best of all, if you're a kid, you get to wear COSTUMES..!


PS Random trivia about Vaux le Vicomte:
* Vaux le Vicomte was used in the film "The Man in the Iron Mask" with Leonardo DiCaprio, "Marie-Antoinette" with Kirsten Dunst and an old Bond film "Moonraker" with Roger Moore
* The castle is available for hire (think the wedding of Eva Longoria and Tony Parker)

Email ThisBlogThis!Share to TwitterShare to FacebookShare to Pinterest
Labels: day trip, family friendly, things to do