Sometimes, being away from something makes you gravitate towards it even more. Especially when you miss it so much and can't make it back.


Starting off with trying to get into the Grand Palais for the Chinese New Year Spectacle on Monday 27/1. We started lining up at 8pm, in the cold and by 10pm, two frozen hours later, we left. The line wasn't moving and it had wrapped itself around almost the entire block of the Grand Palais. It was ridiculous, but I gave myself points for trying.

I spent the next few days preparing for the Lunar New Year by hanging out in the 13th arrondissement, the original Chinatown of Paris and gazing at the red lanterns that adorned each lamp post, wondering what it would have been like to wake up to a sea of red lanterns one morning. 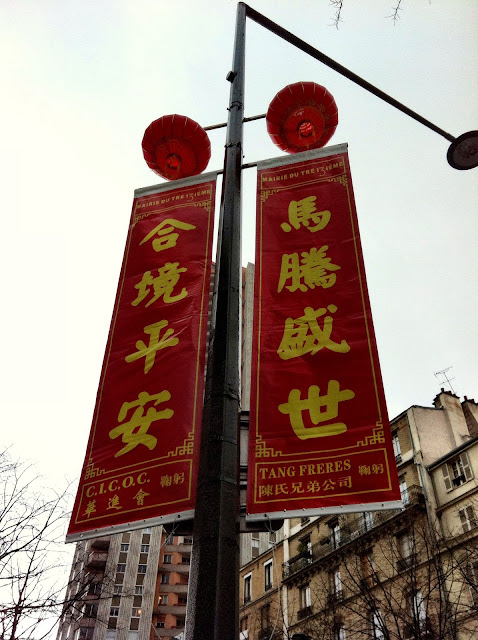 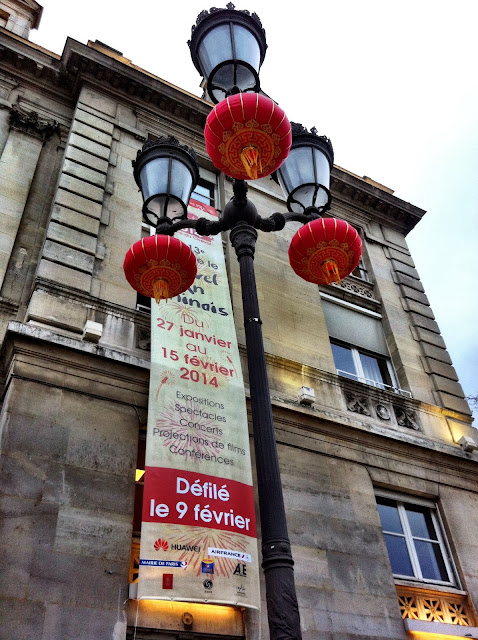 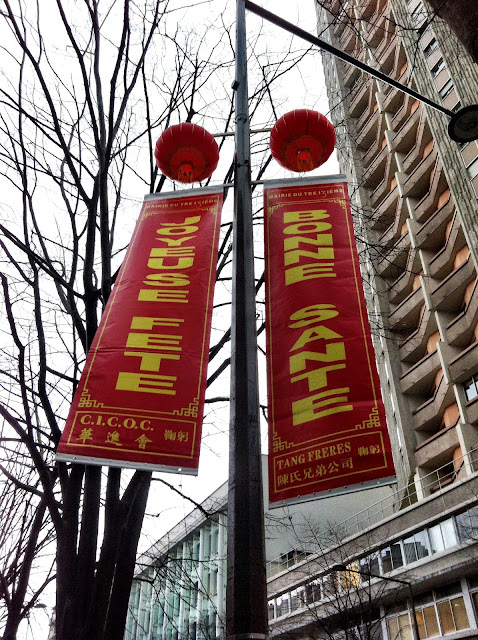 On the previous weekend, I went to a Lunar New Year lunch at my Chinese relatives' place, in the 13th. We spoke a mixture of Cantonese, French and English. It was kind of surreal hearing all those different languages bouncing around the table, eating a delicious, authentic home made banquet and then glancing out the window every now and then to catch a glimpse of Paris in the rain. 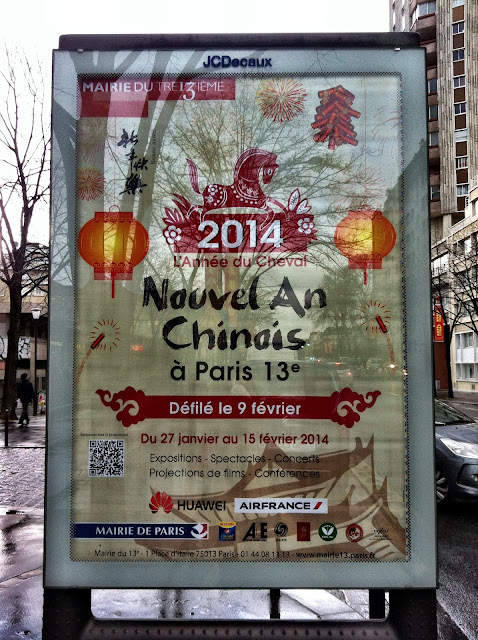 I also wandered around the streets of the 13th to do my grocery shopping and checked out the stalls, buying up random Lunar New Year paraphernalia (that I wouldn't even normally buy in Australia).

Every time I stumbled across something familiar to eat/drink, my eyes would light up and I'd pop it into my shopping bag, blissfully ignorant of the journey I would later have to take on metro and RER (with my four bags of groceries, 3 station changes and the 10 flights of stairs). 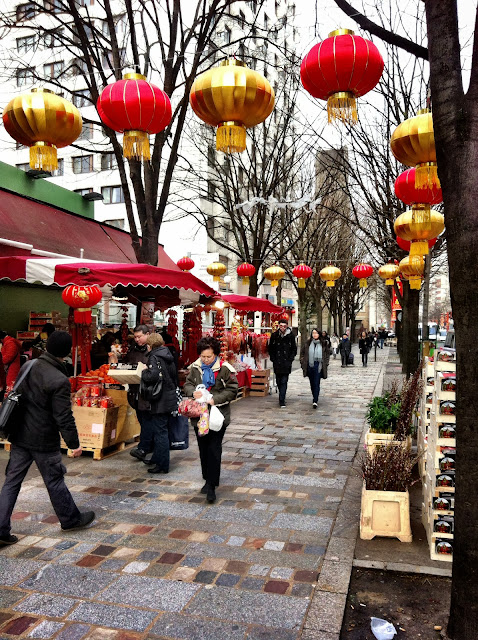 On Thursday 30th, I skyped my family at midnight Australian time in a park, Parc Monceau, in the cold (points again!). Then that evening I knuckled down and cooked 8 traditional dishes (big effort for anyone that knows me and how domestically challenged I am!). Four (non-vegetarian) dishes I would serve that night on the New Year Eve and the other four (vegetarian, actually vegan now that I think about it) I would serve on the first day of the New Year when I have a completely vegetarian (well vegan) day to start off the new year.

Today we tried to visit the Vietnamese Temple in Évry (rue François Mauriac Parc aux Lièvres 91100 Évry, off the route nationale 7) supposedly the largest temple in Europe, visited by the Dalai Lama.

John and I chatted to the other families wandering around the grounds who had driven all the way there only to disappointingly find nobody around. But once again, points for trying! 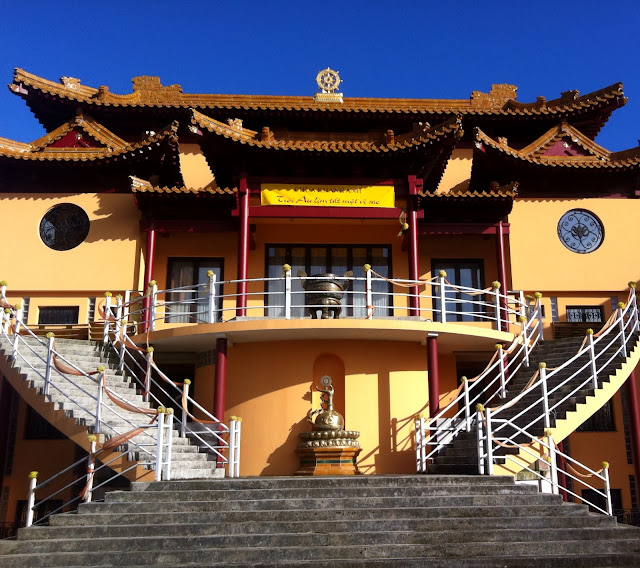 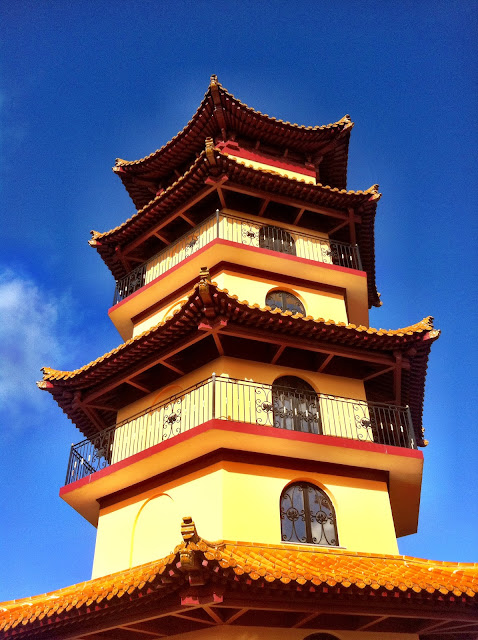 Afterwards we headed to Hôtel de Ville to grab a good place for the Chinese New Year Parade and Lion and Dragon Dances. It was a vibrant display of bright New Year colours against the backdrop of the beautifully French Hôtel de Ville building. Clear blue skies on a crisp Winter afternoon, it was great for taking photos! 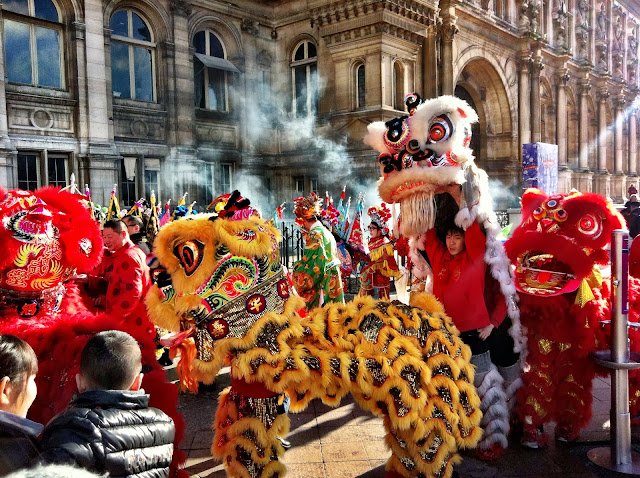 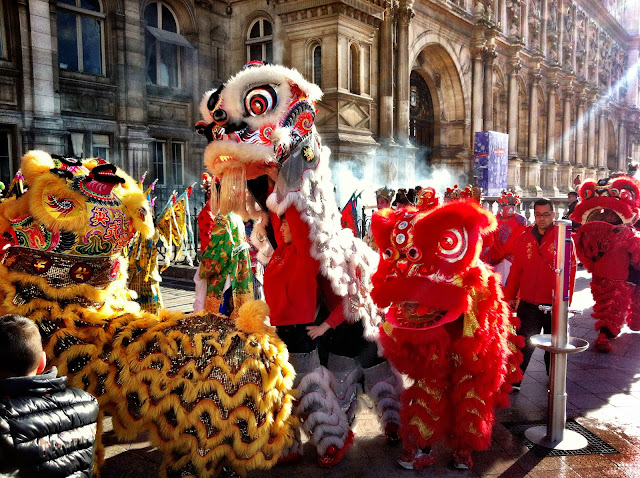 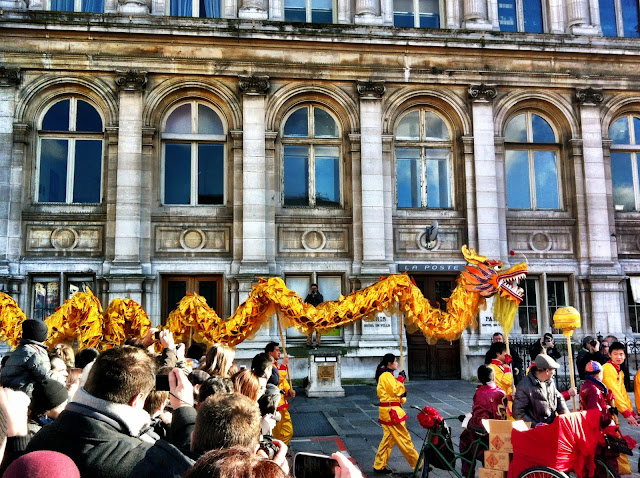 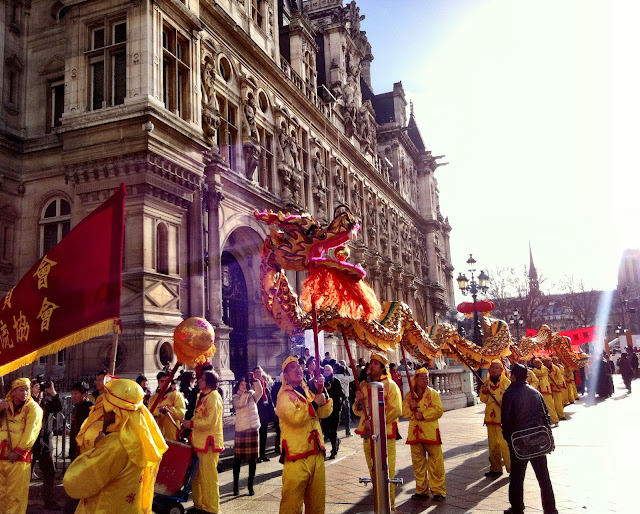 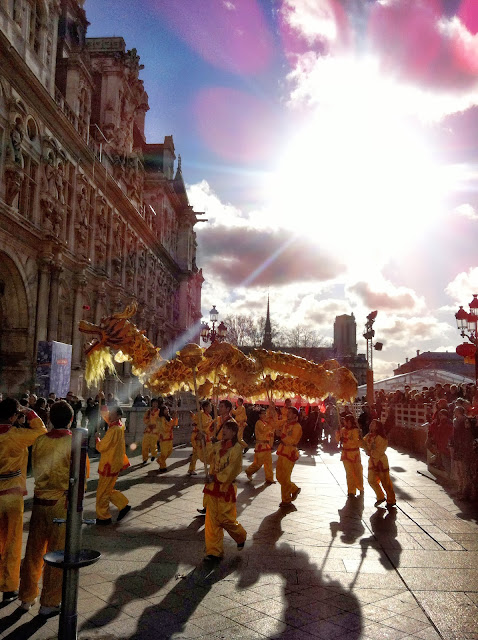 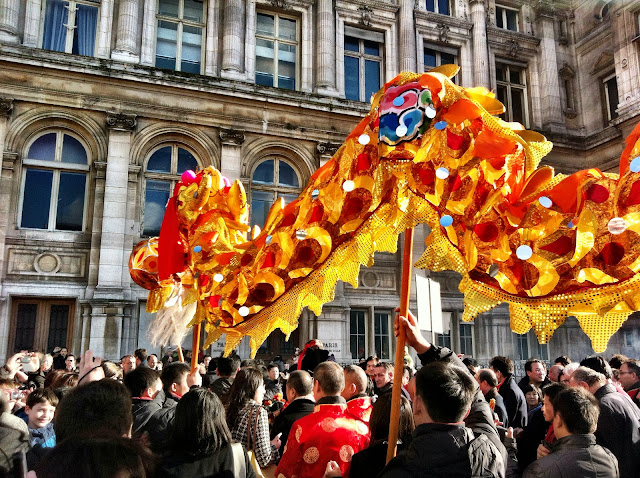 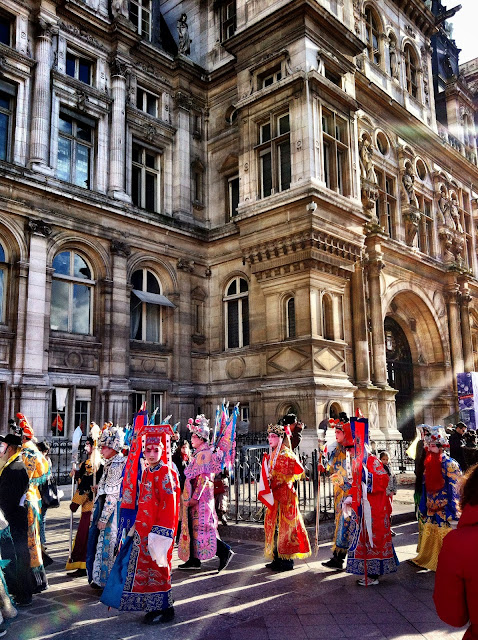 And so, that's a wrap - Happy Lunar New Year of the Wooden Horse! I hope this year the horse speedily and powerfully brings you good health, good luck, happiness, success, prosperity and most importantly (I feel at least), inspiration..!


Oh, and for further Lunar New Year events in Paris:

* Chinese New Year in Belleville (10th, 11th, 19th, 20th arrondissements) - admittedly the parade was at 10am this morning! but there is another Lion and Dragon Dance in front of the Town Hall of the 11th arrondissement at 5:30pm this Wednesday 5/2

For more information about Lunar New Year events in greater Paris and in the suburbs, click here.

Email ThisBlogThis!Share to TwitterShare to FacebookShare to Pinterest
Labels: thoughts, traditions, what's on