France in the Month of May

This year, during the month of May there are THREE public holidays, all falling on Thursdays (Labour Day, World War II Victory Day and Ascension Day).

This then makes May a perfect month for the French to 'faire un pont' - to take the Friday off following the public holiday on Thursday in order to 'make a bridge' to get to the weekend, basically creating a super long 4 day weekend. With many people observing this French tradition of 'making a bridge' in the month of May, you'll find things a little patchier and slower than usual as staff take turns to make their respective 'bridges'! (or all three!) 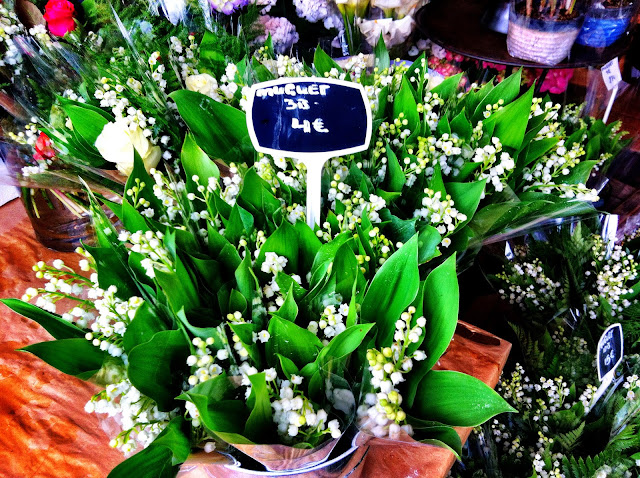 You'll find Lily of the Valley flowers being sold everywhere in Paris, not only at florists (well the florists that are open on a public holiday anyway). There are special regulations in place that allow anyone to sell Lily of the Valley flowers on the 1st of May, without having to pay tax nor obtain a special licence to sell them in the first place. You'll find little makeshift stalls set up all around Paris, in front of metro stations, in train stations, on the street, everywhere! 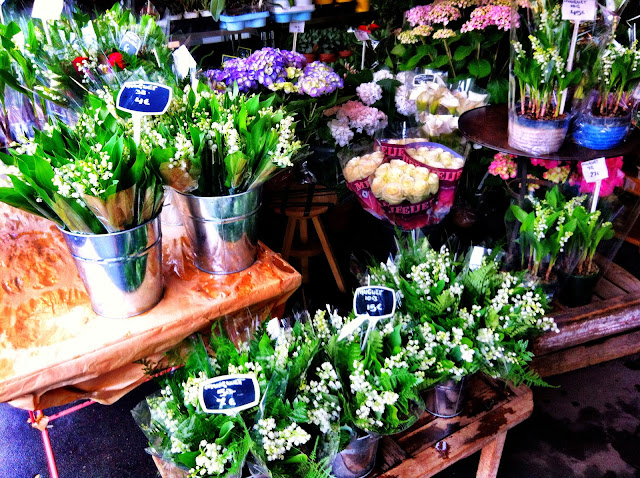 John brought home two Lily of the Valley pots for his daughter and myself to celebrate the 1st of May. This is mine sitting casually on the kitchen table.

Just don't mind the glass and the rice cooker in the background..


The 1st of May is also Labour Day - La Fête du Travail.

On April 23rd 1919, the eight hour working day was introduced in France, representing 8 hours of work, 8 hours of rest and 8 hours of free time. In the 1940s, the 1st of May became a paid public holiday to commemorate workers' rights in France and was often associated with protests and marches. Although having said that, I don't think the French really need a special day to march for something they believe in. They say protesting in France is likened to a national sport. I have even seen the French protesting on a Sunday, in the rain, with their children in tow. I remember thinking wow, they are protesting in the rain, on the weekend with their raincoats on..

But then again, I suppose it isn't too hard to believe because, well they did bring on the French Revolution after all..!

Anyway, happy 1st of May everyone!

Enjoy the three 'bridges' of May ;)