I had read about these cakes created by pastry chef Frédéric Vaucamps in loads of blogs before heading to Lille but unfortunately ran out of time towards the end of our trip. I was then forced to head back to Paris without even visiting the Aux Merveilleux du Fred store. This subsequently led to a severe case of food-related FOMO - fear of.. missing out, fear that I would never have the chance again to taste this cake, never again, for the rest of my life.

A few months later down the track, I met up with a friend of mine, Isabel Lerma, a fellow I-shall-quit-my-stable-job-and-pack-up-my-life-and-move-to-PARIS!-expat whom I met through a writing group called the Drunk Writers. Isabel moved to Paris a few years ago from San Francisco and is the actual founder of the Drunk Writers group. The group now has more than 230 members in Paris and still runs by its unforgettable motto, "write drunk and edit sober".

So anyway, Isabel had wanted to take me on a surprise visit to show me something she'd recently discovered. Lo and behold when we approached the store I couldn't believe my eyes. She was about to introduce me the exact cakes I had been pining over months ago. It was like a romantic love story of fate and destiny, where the protagonist is unexpectedly reunited with his/her loved one, the one they thought they would never ever see again.

My eyes lit up and I clicked. Paris actually had its very own: Aux Merveilleux de Fred..!

All the flavours were present, including the two ever important classics: 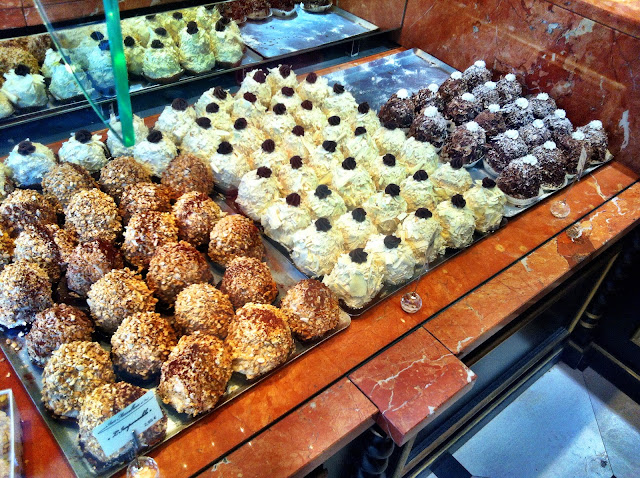 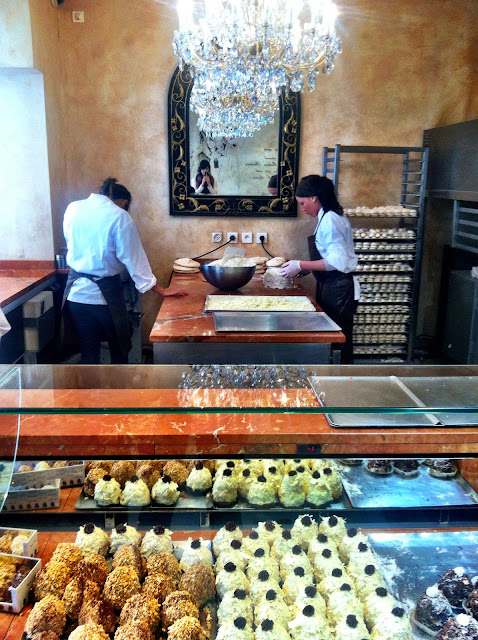 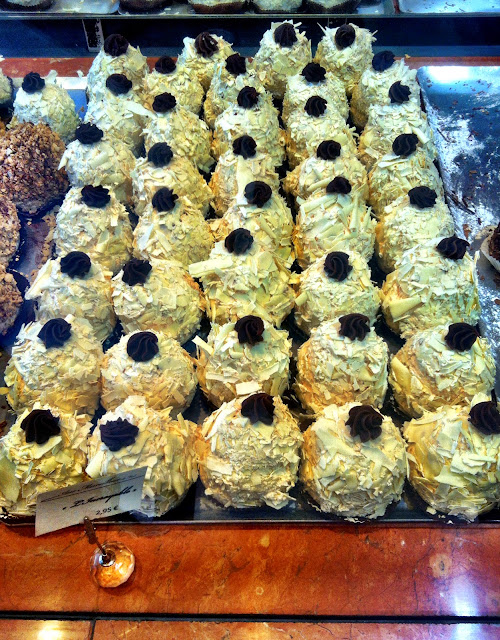 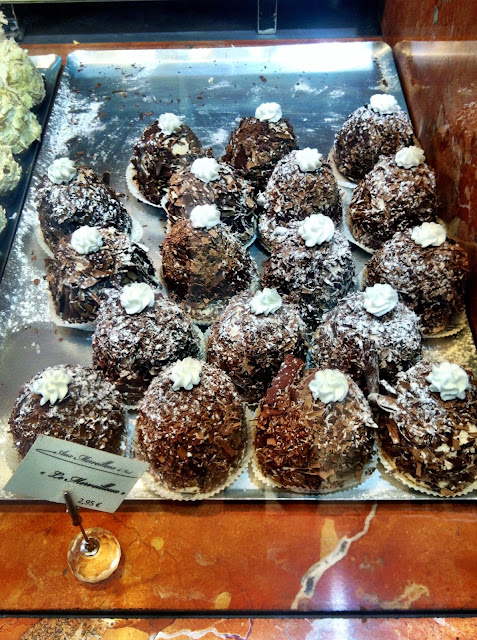 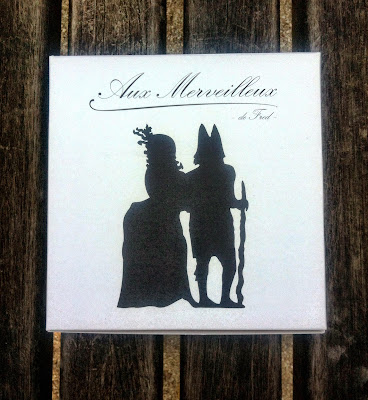 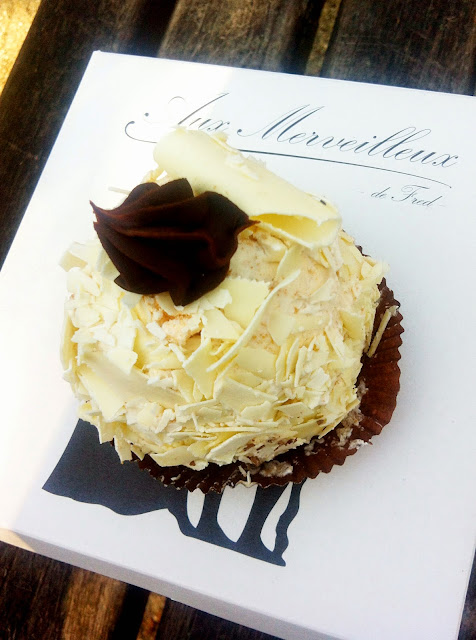 Close up of "Le Incroyable" - the meringue speculoos (spiced shortcrust) biscuit layered and covered with cream and then coated in delicate shavings of white chocolate. Definitely our favourite. So many different textures in each mouthful - the delicate crunch of the meringue, the sumptuous pockets of cream and the generous shavings of sweet white chocolate that melt in your mouth. 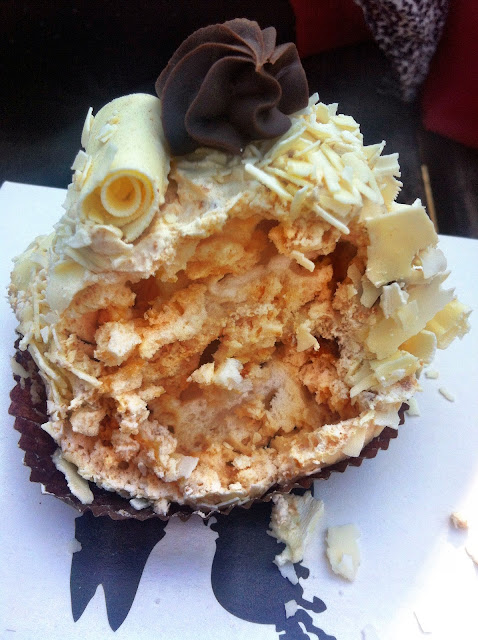 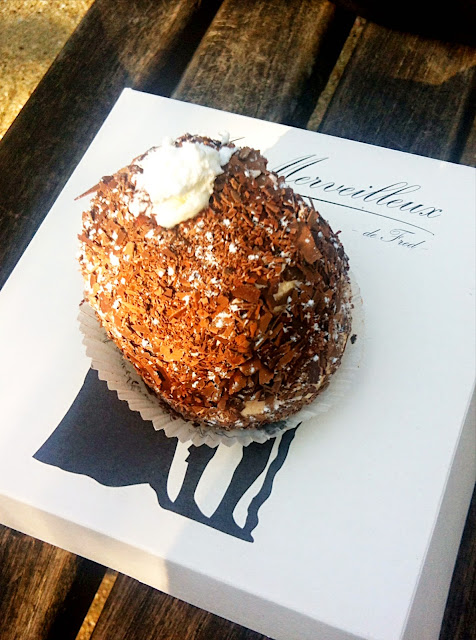 Close up of "Le Merveilleux" - the meringue layered and covered with chocolate cream then covered in shavings of dark chocolate. 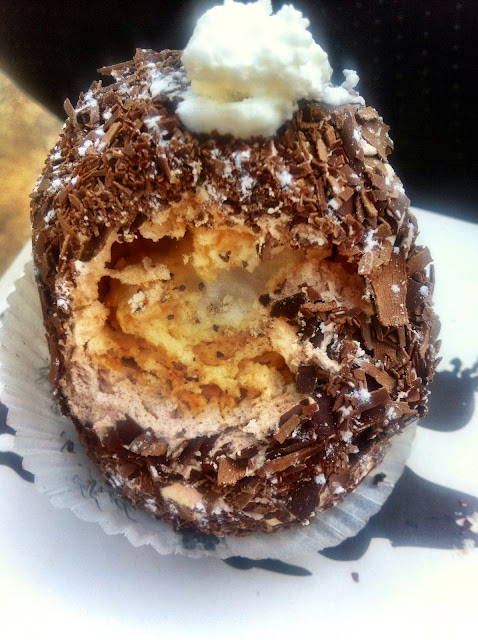 PS Turns out there are actually quite a few Aux Merveilleux de Fred locations in Paris and they are about to open a 6th location in the Marais..! (oops - should have googled it in the first place before jumping to conclusions, but then again I wouldn't have been able to appreciate the Isabel's surprise if I had known that these stores did exist..!)