Château de Fontainebleau - giving Versailles a run for its money 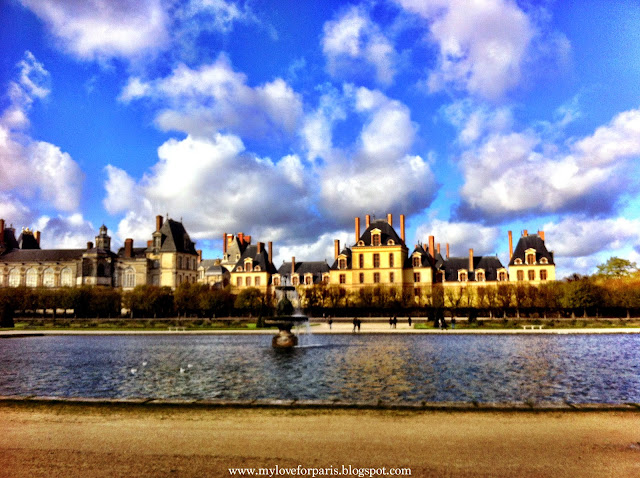 As mentioned in my previous post, I have a thing for castles.

British castles, French castles, I really don't discriminate. As soon as I enter an old château in France, I'm immediately transported to another era (especially when there aren't any crowds surrounding me left right and centre.. I'm talking to you Versailles). Because, as beautiful a palace as you are Versailles, and as breathtaking as your Hall of Mirrors is, it's hard for me to close my eyes and imagine what it would have been like with a bus load of tourists behind me gently inching and nudging their way forward.

This is where UNESCO World Heritage listed Château de Fontainebleau comes in to play. A beautiful palace situated 55km southeast of Paris with a long and rich history, originally dating from 1137. It is the only royal and imperial palace to
have been continuously used for over 700 years! Perfect for a little day trip to get away for a bit.

So one day I hopped onto the regional train to get to Château de Fontainebleau. My old friend Ellen, whom I met when I was 16 studying in Beijing (we were roommates back then!) was taking on her MBA at INSEAD, a prestigious Business School based in Fontainbleau. She's a clever cookie that one, all MBA students there are required to speak a minimum of three languages.

Ellen was going to show me, her 'local' French château. You know, the same one Louis VII and Napoleon III happened to live in as well.

We walked through the forest (yes she also has her 'local' French forest) and I breathed air I had not breathed since moving to Paris. The oxygen clammering its way into my lungs was almost, suffocating funnily enough. 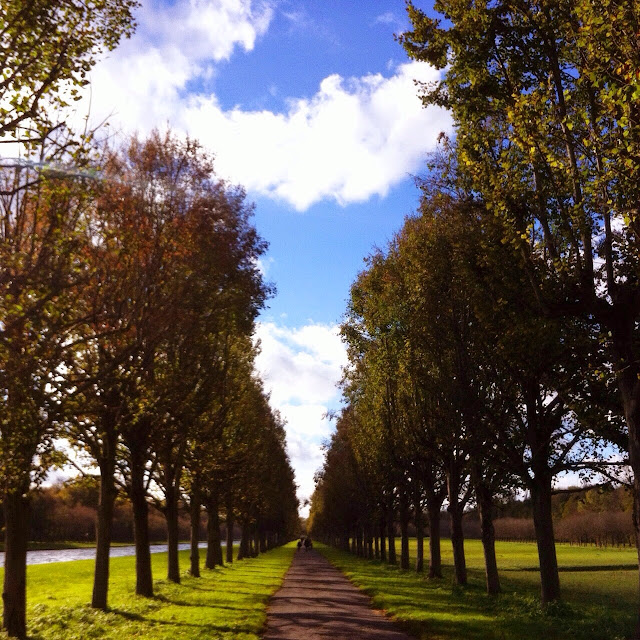 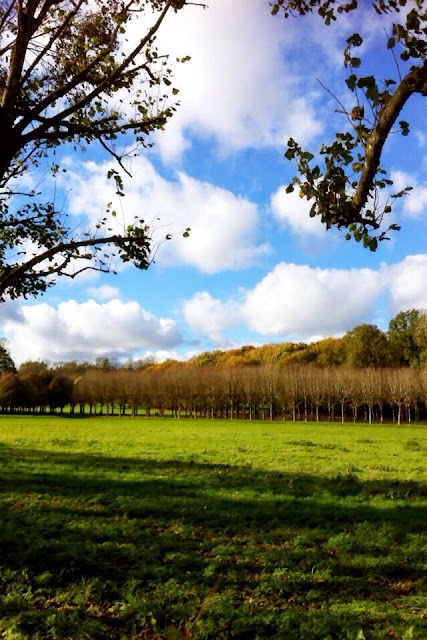 Soon enough, I could see in the distance.. the château on its 130 estate of gardens and park lands..! My heart started to race. 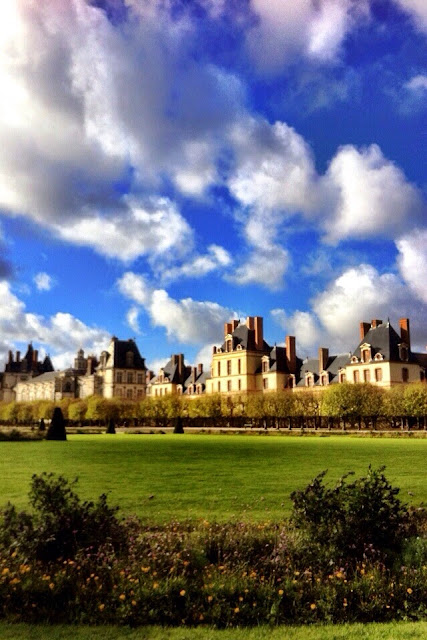 Getting closer to the château, I could see the famous horse shoe staircase entrance..! Imagine arriving at this staircase in my very own pumpkin carriage. 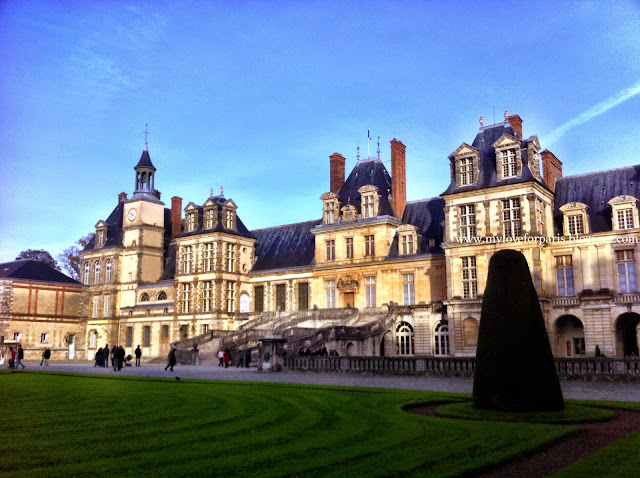 We headed up that gorgeous horse shoe shaped staircase and entered the château. As it was a first Sunday of the month, entrance was free! I love making the most of my free museum Sundays, it's become almost a monthly ritual now to visit somewhere on the free list.

One of my favourite shots inside the château: 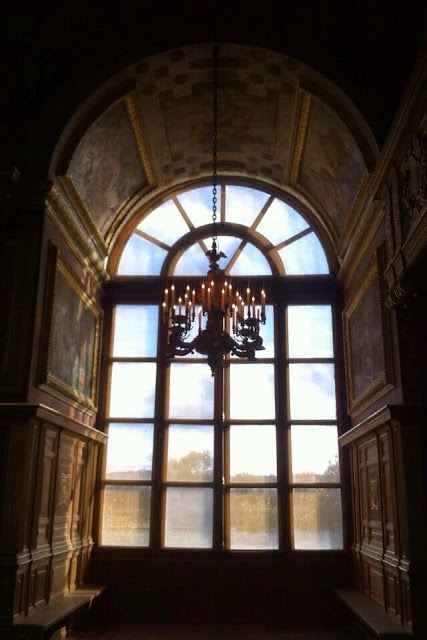 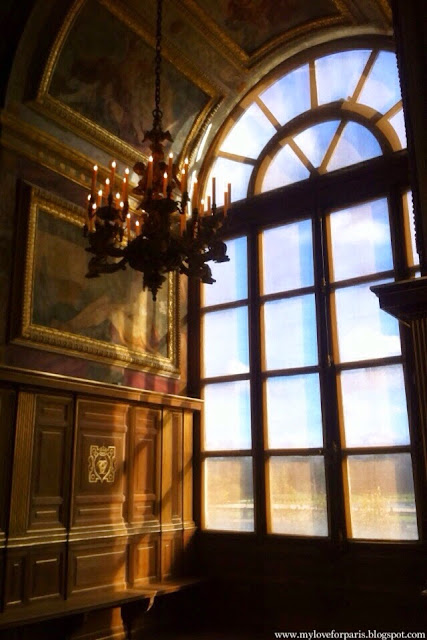 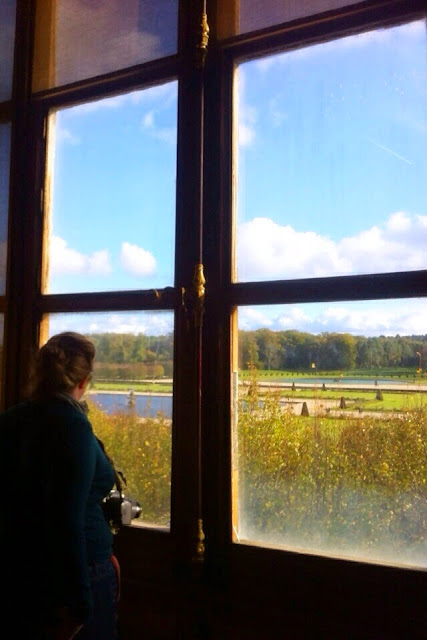 The grand ballroom was definitely my favourite room. Created in 1552, this photo really doesn't do it any justice, in fact I hesitated about including it in the blog post. You have to see it first hand to appreciate its magic (and also mentally erase the people in the photo as well as those annoying ropes ruining the picture). 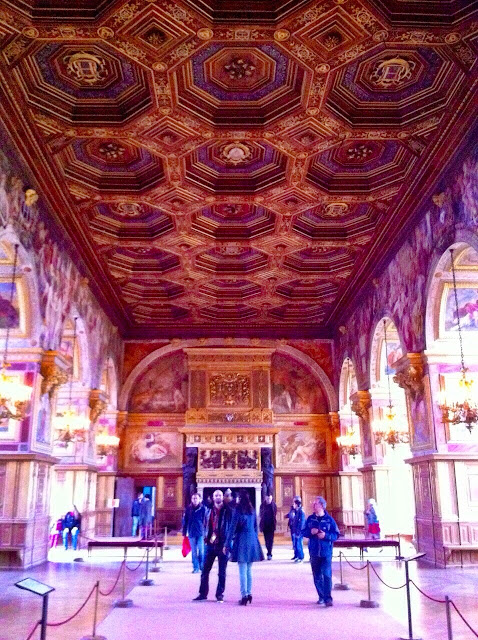 The gallery of Diana, an 80 metre long corridor lined with floor to ceiling bookcases on both sides. 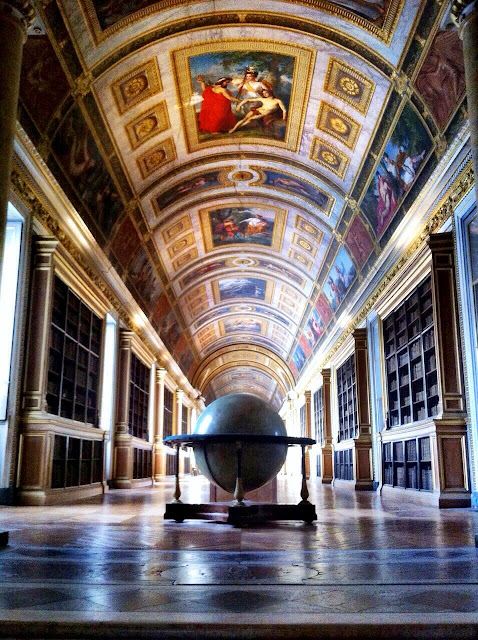 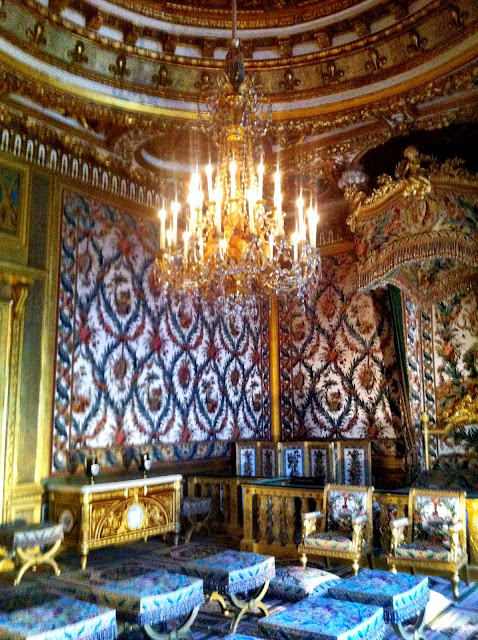 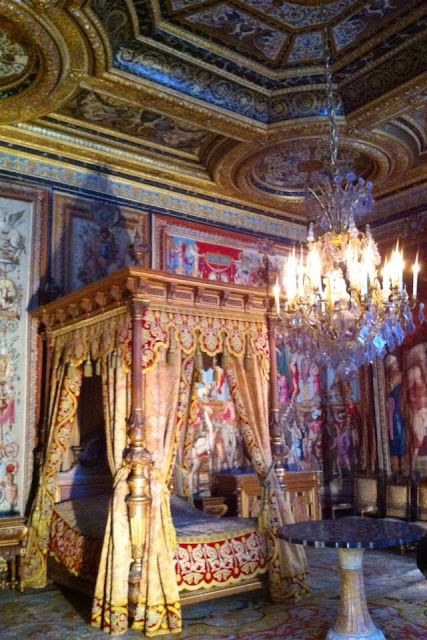 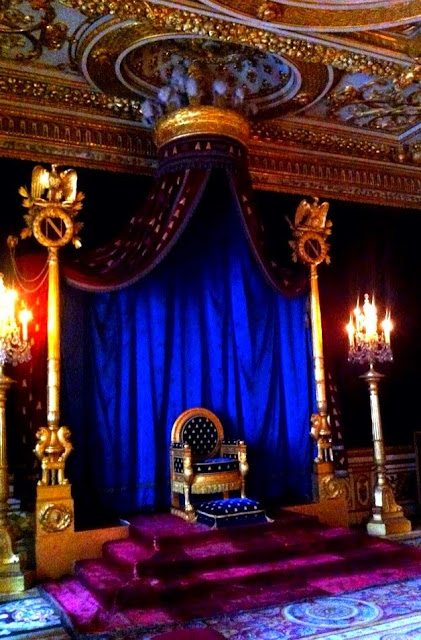 And lastly these pretty looking chairs. I'm not sure how comfortable they would have been but I just love the colour..! 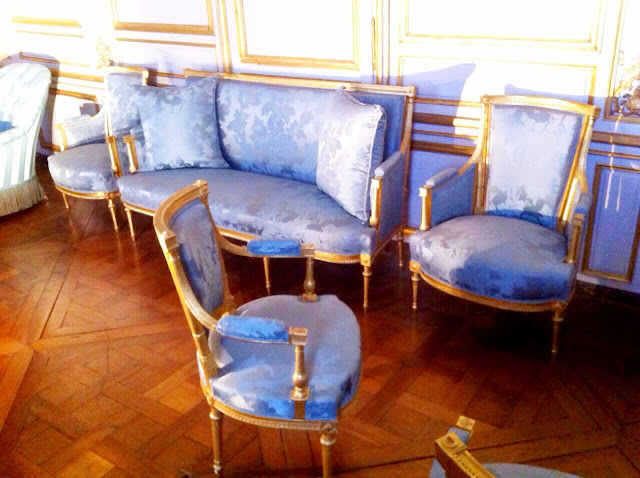 Open every day except for Tuesdays, 1st of January, 1st of May and 25th of December.

Nearest RER station: Fontainebleau-Avon station, take LIGNE 1 bus heading to Les Lilas and hop off at the 'Château' stop (with everyone else!)

Email ThisBlogThis!Share to TwitterShare to FacebookShare to Pinterest
Labels: day trip, things to do