Paris Fashion Week Haute Couture in January is one of the most important dates on the industry calendar. Spring Summer haute couture collections are unveiled for the year and couture houses go to lengths to create the perfect setting to showcase their creations.

In France, the term "haute couture" (high sewing, high dressmaking or high fashion) is a term that is defined by the Chambre de Commerce et d'Industrie de Paris and protected by French law. In order to use the term 'haute couture' and call oneself a 'couture house', companies and couturiers must satisfy a list of very specific conditions. Some conditions that are set out include: couture houses must design made-to-order pieces with one or more client fittings, couture houses must have an 'atelier' (workshop) in Paris and must present at least 50 pieces to the public in January and July.

This an excerpt was taken from the official website:

The Chambre Syndicale de la Haute Couture whose members include only those companies designated as Haute Couture houses. Haute Couture is a legally protected and controlled label that can only be used by the fashion houses which have been granted the designation by the French Ministry of Industry. The group of companies that enjoy the Haute Couture label is reviewed annually.

A few snaps from outside the Dior and Valentino Haute Couture shows to share:

* Chiara Ferragni - The Blonde Salad outside the Dior show

* Lena Perminova outside the Dior show 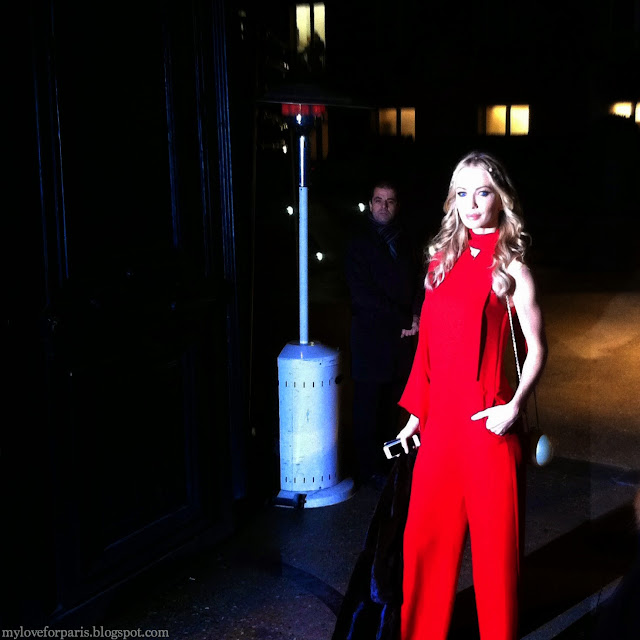