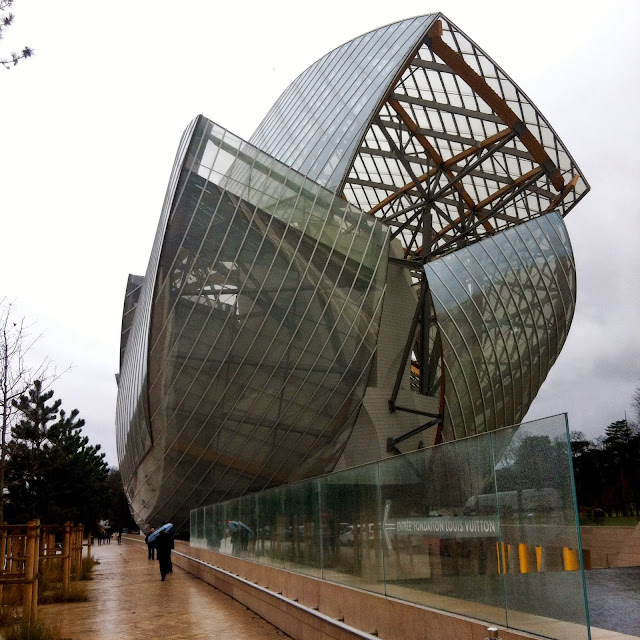 I finally got myself to the Fondation Louis Vuitton the other week.

I wondered if I was the last person in Paris to visit the highly anticipated private museum, designed by Canadian-American architect Frank Gehry, which was unveiled last year in October, a whopping $143 million later.
Read more »
Posted by Nhan at 23:36 No comments:

Email ThisBlogThis!Share to TwitterShare to FacebookShare to Pinterest
Labels: things to do 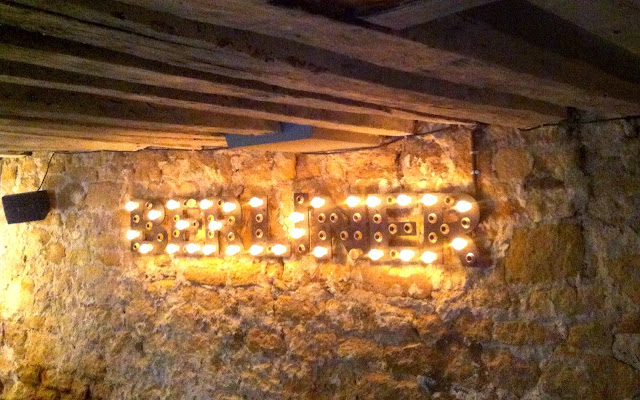 There's a new kid in town and his name is Berliner Wunderbar. Brand new to the Parisian bar scene, Berliner Wunderbar had its official opening only last weekend. You can find him nestled in the 11th arrondissement near Bastille on rue de Lappe (after you pass all the seedy bars at the start of the street).

Berliner Wunderbar is a breath of fresh air to this famous/infamous street. Its precise location is 49 rue de Lappe, on the other side, walking away from Bastille, near the baked potato joint and the charming little bistrot with its red and white checked table cloths at the end of the street.
Read more »
Posted by Nhan at 22:52 No comments:

Email ThisBlogThis!Share to TwitterShare to FacebookShare to Pinterest
Labels: food and drink 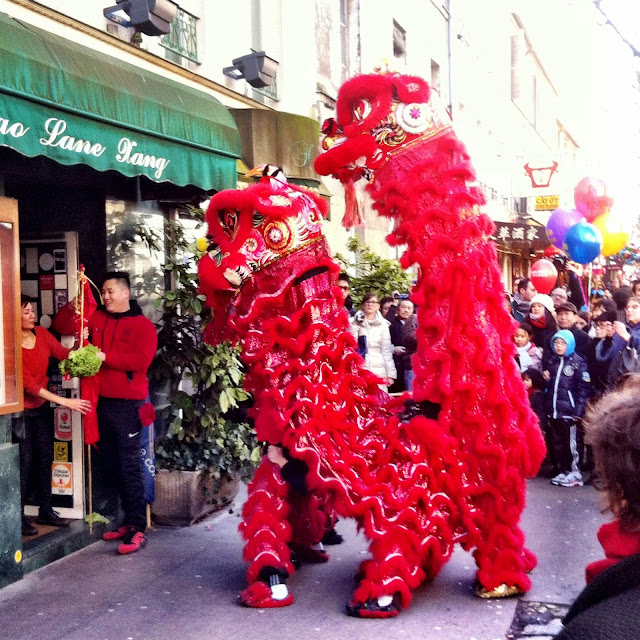 2015, the Year of the Goat/Sheep/Ram started off with an amazing display of Lunar New Year celebrations in Paris. Incredibly impressed by the largest Lunar New Year Parade of France (and quite possibly Europe I might imagine), I was taken aback by the authenticity of the traditions displayed, as well as the French influence that brought on the warm and fuzzies I often feel in these multicultural situations. Last year we went to the parade in the 3rd arrondissement but didn't end up making it to the one in the 13th, this year it was noted in my diary.
Read more »
Posted by Nhan at 23:46 No comments:

10 Reasons Why I Didn't Start My Blog

We've had such an amazing response to our previous blog post after announcing that our own domain name www.myloveforparis.com was ready to go that well, here's the prologue - what happened BEFORE My Love for Paris began. 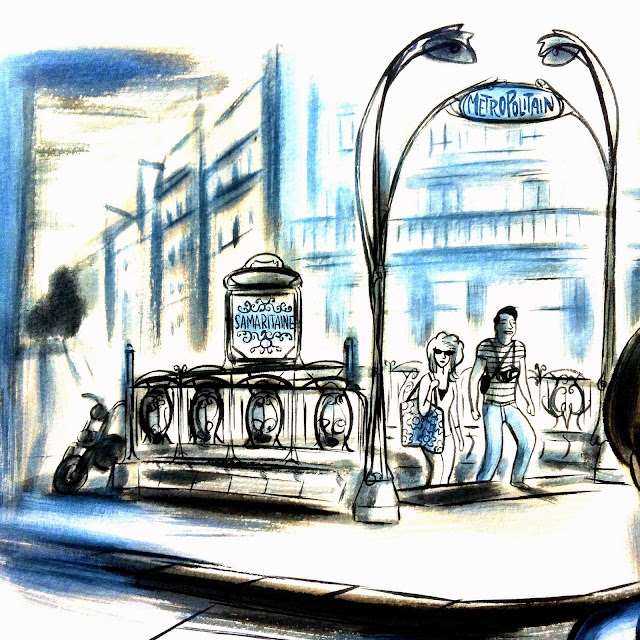 Today marks an important day for My Love for Paris.

What started off as just a simple home-grown blog on Blogger (read: user-friendly-easy-to-use Blogger, not even your fancier WordPress) a little over a year ago has turned into something I never imagined.
Read more »
Posted by Nhan at 23:57 2 comments: 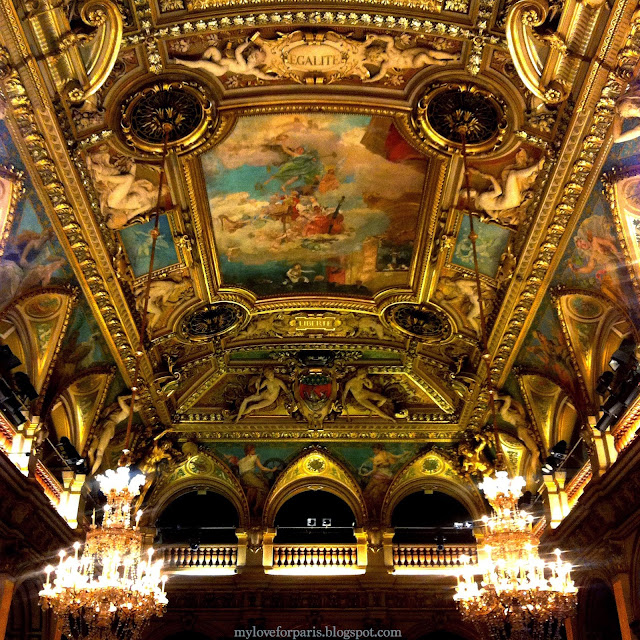 As many of you know, I also blog for AngloINFO Paris & Ile de France, a leading global expatriate network present in Paris that provides dependable local information and invaluable support to those who call Paris home. Recently, Karen our Director of AngloINFO Paris & Ile de France and I were invited by the city of PARIS and Que faire à Paris to meet their team in person along with other prominent bloggers on the Paris scene. We were treated to a breathtaking private tour of the Hôtel de Ville interiors before sitting down to discuss how to better streamline and communicate Paris-related information to our readers and visitors.

Email ThisBlogThis!Share to TwitterShare to FacebookShare to Pinterest
Labels: free, things to do 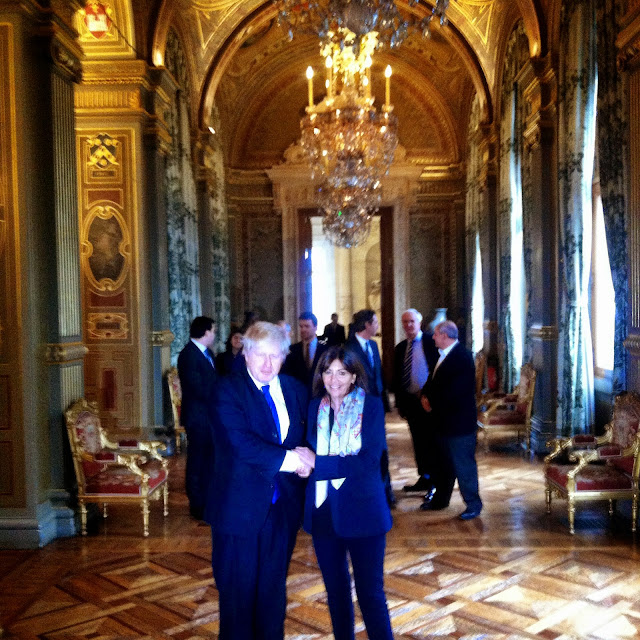 Straight from the Paris London Tandem 2015 Press Conference today, Anne Hidalgo, Mayor of Paris together with Boris Johnson, Mayor of London launched an exciting Paris-London cultural exchange tandem due to take place from March to July this year.

Running from Sunday 25th of January to Thursday 29th of January this year, the magical whirlwind that is Paris Haute Couture Fashion Week has officially come to an end presenting us with some of the most stunning and boldest haute couture creations to date.

This week, I was lucky enough to experience my very first Paris Haute Couture Fashion Week show at none other than the romantic ethereal Elie Saab défilé. Fifty five beautiful creations gently floated along the runway in dreamy soft hues of powder pink, beige, blue and ivory as well as striking black. Contrasting fabrics and textures, from feathers and ruffles to sequins and pearls were meticulously hand-embroidered onto each breathtaking piece. Saab's signature style of timeless femininity and elegant lines was clearly present as full skirts and cinched in waists prominently featured in his Spring Summer 2015 Collection.