Paris Fashion Week - The Who's Who at Valentino 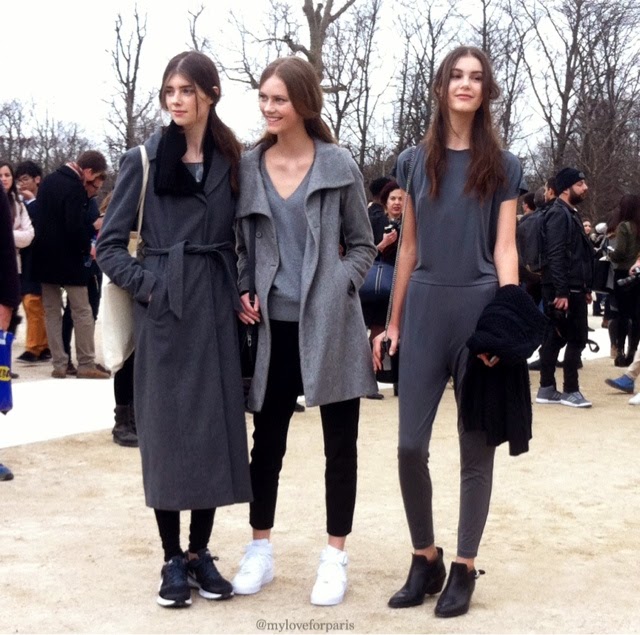 Without a doubt, Valentino stole the show at this year's Paris Fashion Week. If you haven't seen it already, you have to see Ben Stiller and Owen Wilson's appearances on the Valentino catwalk to promote their upcoming Zoolander 2 movie.


Either way, the clips are hilarious to watch sending up the fashion industry with a touch of Hollywood tongue in cheek.

Outside, the highlight for me was when the Paris Fashion Week photographers formed a 'wall of photographers', barricading in half of the walkway out. A mischievous move but an unforgettable post-Valentino tradition at PFW. Instead of chasing down the models, fashion icons and celebrities around the Jardin des Tuileries and pleading for a shot, the photographers formed a makeshift outdoor studio and simply called out their names to persuade them to come over. Many of them happily did, and even ended up taking photos of us. 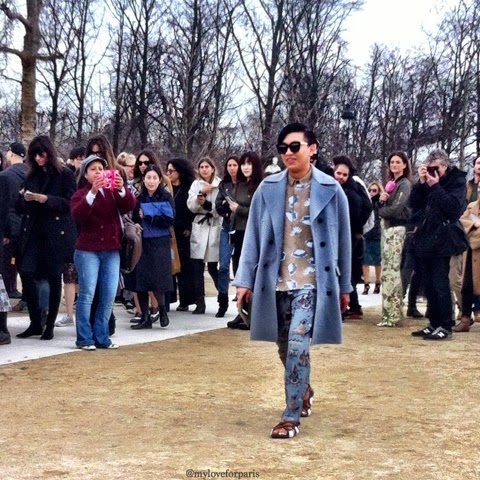 Super easy going Australian (shameless plug I know!) Justin O'Shea and his beautiful German partner Veronika Heilbrunner of mytheresa.com happily came in, giving us a little dance, some twirling and a big kiss as well..! 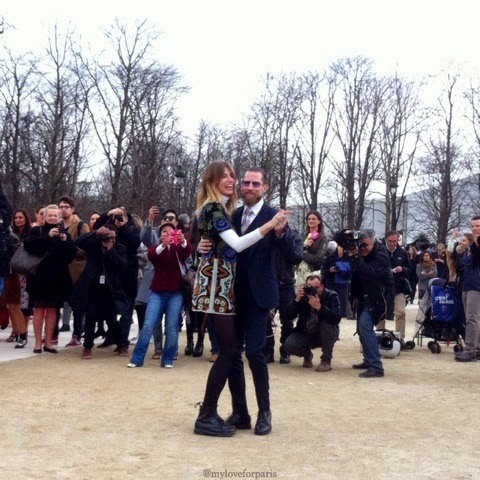 Gorgeous Italian blogger and fashion designer Chiara Ferragni excitedly ran into the circle - always so much fun that girl! 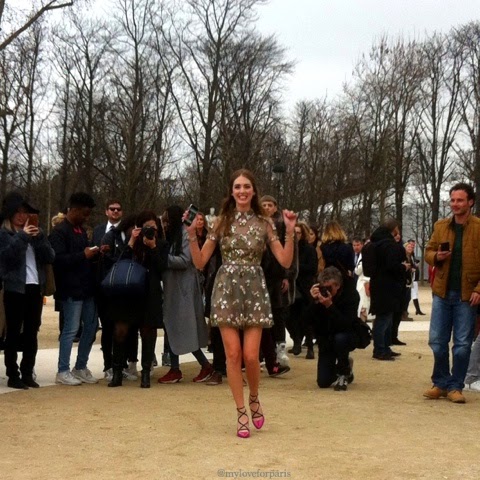 Hong Kong fashion stylist Tina Leung made a bashful appearance after some persuasion! 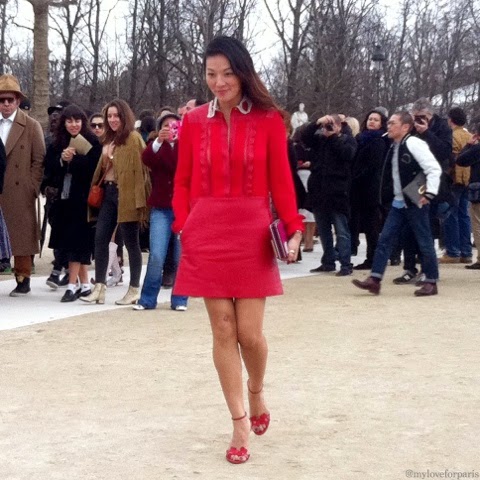 Even Susie Bubble (Susanna Lau), British fashion blogger who is known for not loving having her photos taken came in for a snap or two! 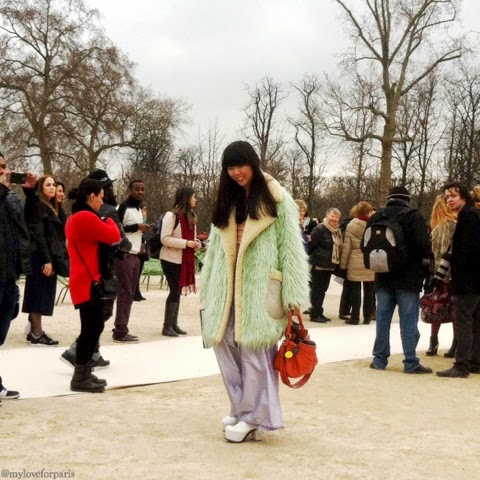 And who could forget the looks on Vogue Japan's Italian Editor Anna Della Russo and Giovanna Battaglia's faces when the photographers yelled out "Anna! Anna!" and "Giovanna Giovanna!" trying to convince them to come in..! 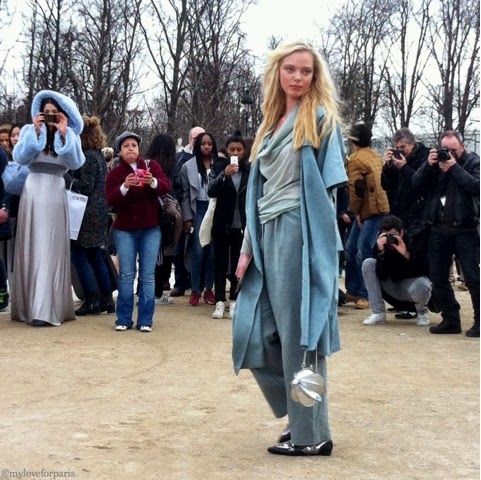 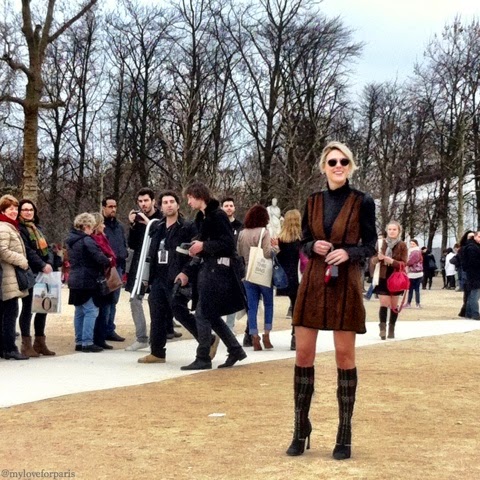 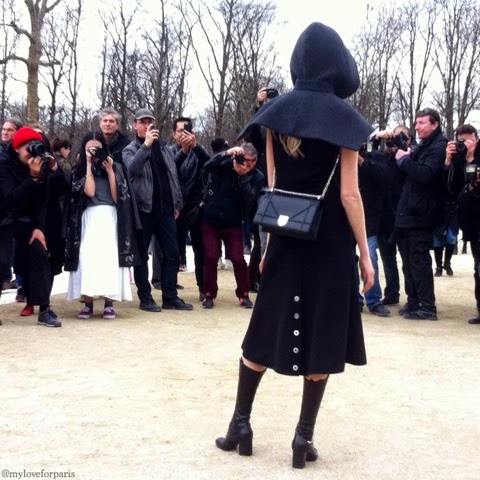 Before Russian designer Ulyana Sergeenko showed us how to walk the walk..! 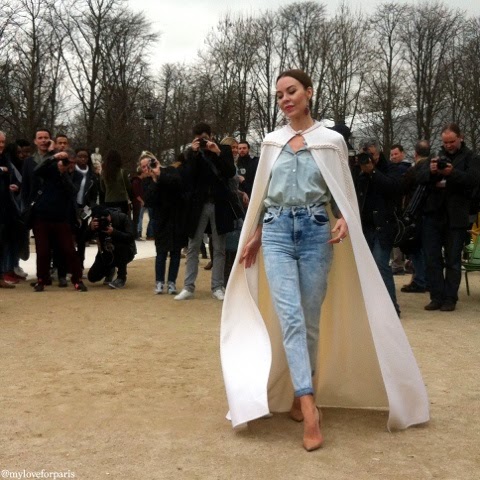 Dutch fashion blogger Tiany Kiriloff flashed a smile, posed and displayed a striking resemblance to Carrie from Sex and the City here! 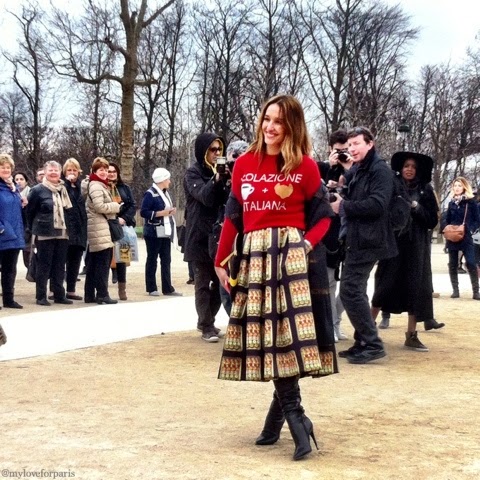 And then, there were the celebrities like Belgian singer-songwriter STROMAE who caused a bit of a stir. 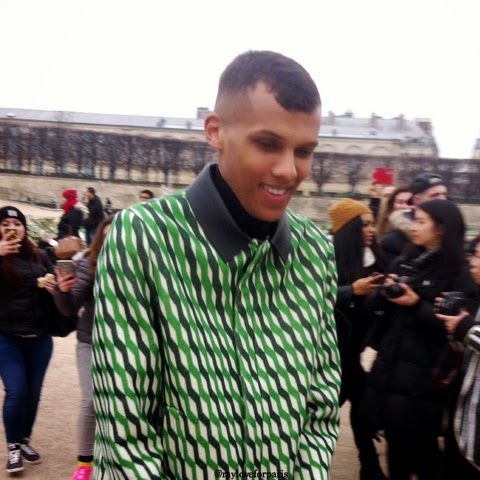 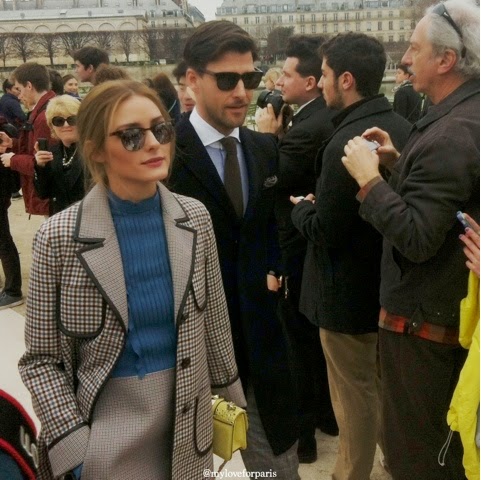