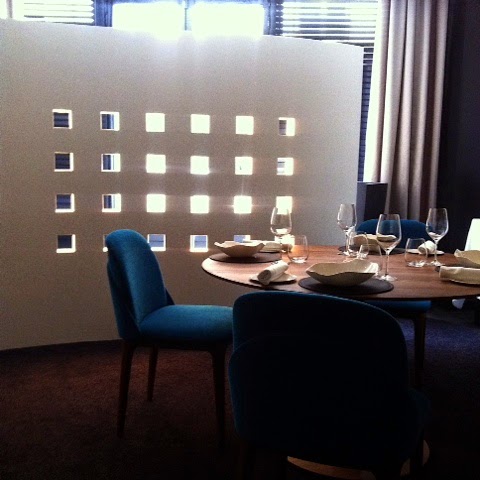 Want to dine at Michelin-starred restaurants in Paris but travelling on a budget?

As your standard food-obsessed human, I'm equally curious about all types of cuisine and all types of dining experiences. I will try pretty much anything once. Street food, supermarket food, hole in the wall food, home food, fast food, market food, food truck food, bistrot food, restaurant food and, fancy Michelin starred degustation food. One must not discriminate after all ;)

The Parisian dining experience can sometimes feel like a hit and miss affair. There are way too many tourist traps selling reheated, industrially mass-manufactured food. You can normally tell by the size of their menu. The greater the choice, the less likely it's going to be 'fait maison'/made from scratch on site. On the other hand, there are also many new restaurants, hidden secret local joints, food institutions that respect the produce they use and exceptional culinary experiences waiting to be had in the City of Light.

Whether you are a fan of the whole Michelin system or not, it's hard to avoid the media frenzies that approach the city when the guides are published and the results are announced each year. Those who gain a star are elated. Their sales go up and this prestigious accolade sends them directly to cloud nine. Those who lose a star experience an unbearable sadness. Some burst into tears, while one French chef was even rumoured to have committed suicide due to losing a Michelin star. Some even hand back their star saying it puts too much pressure on their business. 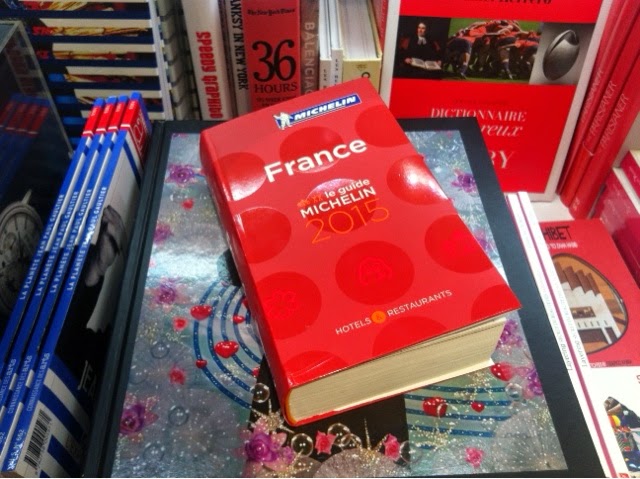 The tyre manufacturer based in Clermont-Ferrand originally produced their guide in 1900 in order to boost car sales and consequently, tyre sales too. It's the oldest European hotel and restaurant reference guide and was given away free of charge back then when only an odd 3000 cars that roamed around in France.

Michelin star rating is carried out by anonymous Michelin inspectors who do not identify themselves in any way. Their meals are never paid by the restaurant being reviewed and they go to extreme lengths to protect their anonymity. According to an article from The New Yorker in 2009:

"Michelin has gone to extraordinary lengths to maintain the anonymity of its inspectors. Many of the company's top executives have never met an inspector; inspectors themselves are advised not to disclose their line of work, even to their parents (who might be tempted to boast about it); and, in all the years that it has been putting out the guide, Michelin has refused to allow its inspectors to speak to journalists."

To get to the point, how do you go about Michelin dining on a budget..? How do you entertain your champagne taste on a beer budget? How do you try and see if you agree with these top Michelin inspectors in the first place?

Here are my five top tips.

2. Take note of exclusions such as public holidays or weekends - a week day is usually the safest bet

3. Opt for the set menu rather than ordering à la carte

5. Order sparkling water instead (if you feel embarrassed just asking for table water) 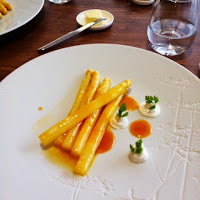 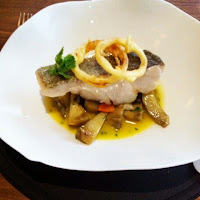 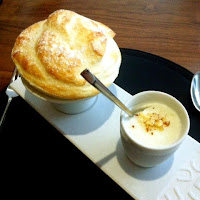 Secondly, where do you find these restaurants?

I went through the 2015 Michelin guide and filtered out which of the Michelin-starred restaurants had the most affordable dining and when they offered them.

The pattern was predictably: lunch time dining, during the week, sticking to the set menu.

Not bad considering you could easily spend the same amount eating an entrée, main and dessert somewhere else!

Where do you start?

I recommend if you have time (and if you like doing research!) to :
a) check out their website to get a feel of the chef/restaurant's style as well as to find out if they are open the day you have off
b) consult the Michelin Guide write up for a general review
c) google the restaurant to find customer reviews on TripAdvisor/Yelp/La Fourchette etc

d) ignore a, b and c and just pick a restaurant randomly to work through the list ;)

Email ThisBlogThis!Share to TwitterShare to FacebookShare to Pinterest
Labels: food and drink, practical information, things to do