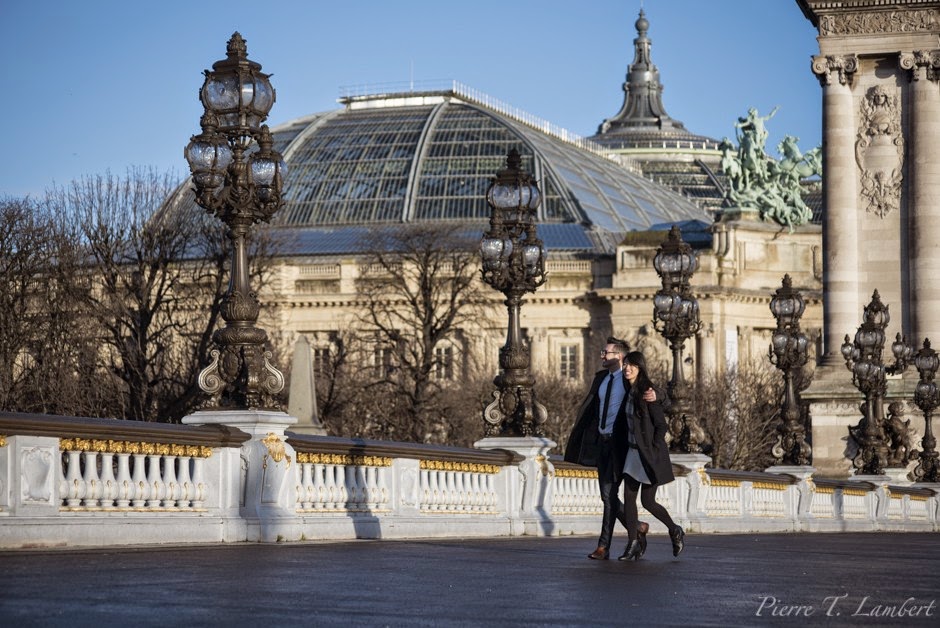 Earlier on in the year, we teamed up with Pierre from Pierre T Lambert Photography to shoot a Winter Engagement Photo Session in Paris - a really fun experience and something we never would have done otherwise!

A photo shoot can be a bit of a splurge in my personal opinion. Something I wouldn't normally budget for. Something that can be turn out to be a little unnatural, clichéd or even.. cringe worthy. Yet as I found out at the end of the whole process, it was far from that. It was actually a really pleasant experience, lots of fun and the photos at the end were worth all the feelings of apprehension and awkwardness. Frenchie was feeling worried about attracting attention and didn't want people looking at him or us on the street. I was feeling nervous that the photos would look too posed or too touristy or ones that stereotypically screamed out "Look, we had a photo shoot in Paris!".

I wanted to our shoot to be spontaneous and natural, capturing a modest, timeless quality. I wanted input on the types of shots that were going to be taken, the location and most importantly a chance to define our "style" and be confident that Pierre understood what it was in order to capture it on the day. Frenchie just wanted it to be discreet and fast. Ah, the joys of feeling anonymous as a foreigner. I know that if we had a photo shoot in the city where I am from in South Australia I would be feeling just as self conscious, if not more!

But above all, we just wanted to have something at the end that we actually, liked. Something we wouldn't look at in the future and think "man, that's SO NOT us".

Fast forward to the actual day and, it was a super cold. I don't think I had been that cold in my life. But, we had some amazing morning light and best of all, the streets were empty at the crack of dawn.

We took a while to loosen up and become more relaxed in front of the camera but Pierre was fantastic, breaking the ice at the beginning and throughout the shoot whenever I started to feel awkward again. He gave us enough direction and freedom to photograph us in an array of different styles, whilst also allowing me the creative freedom to pitch and try out some ideas I already had in mind.

More to come about Pierre Lambert later, but in the mean time here is a small sample of some  of the monumental Paris shots from the session! 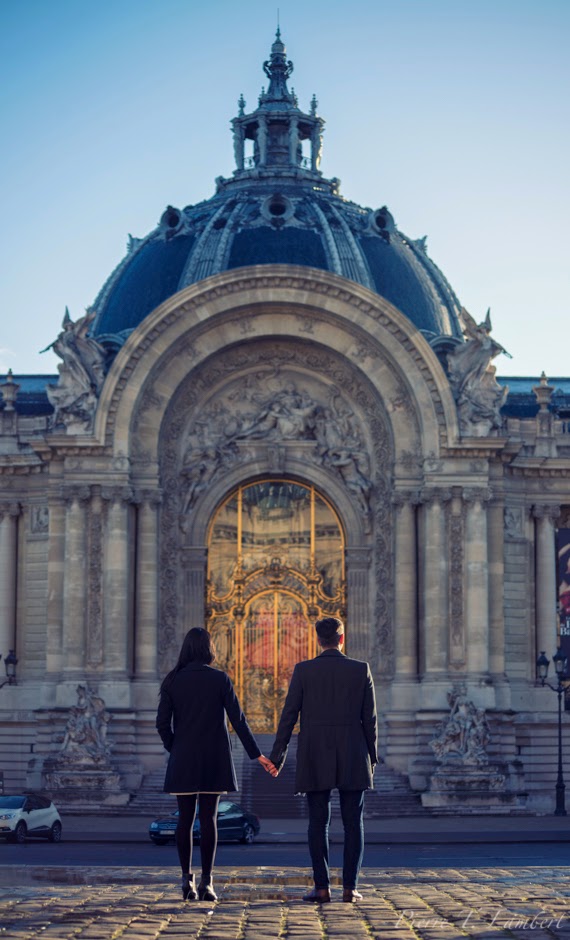 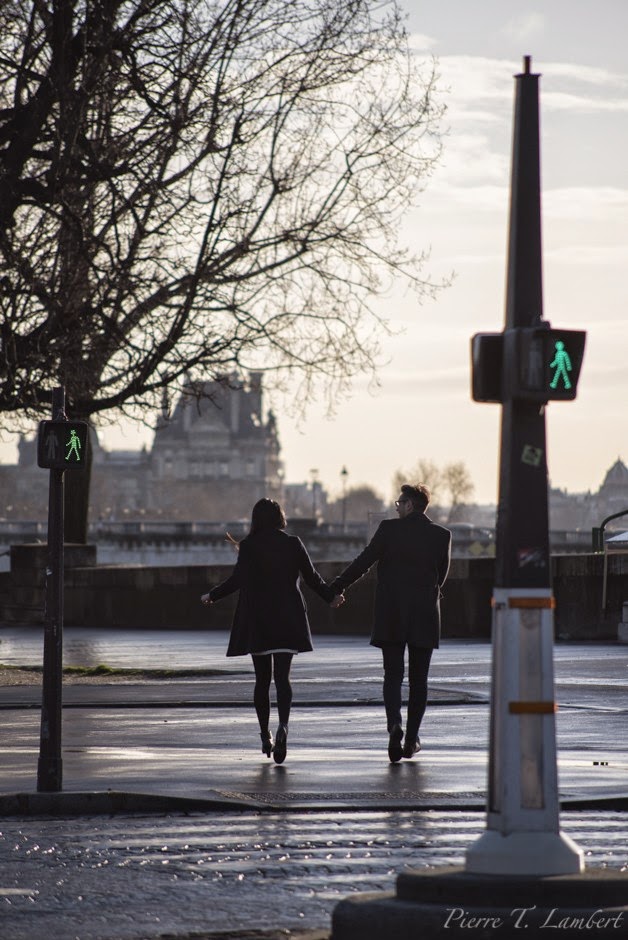 Pierre's green man pedestrian crossing set up - genius. How he caught us in what seems like a hovering pose caught in time is beyond me! 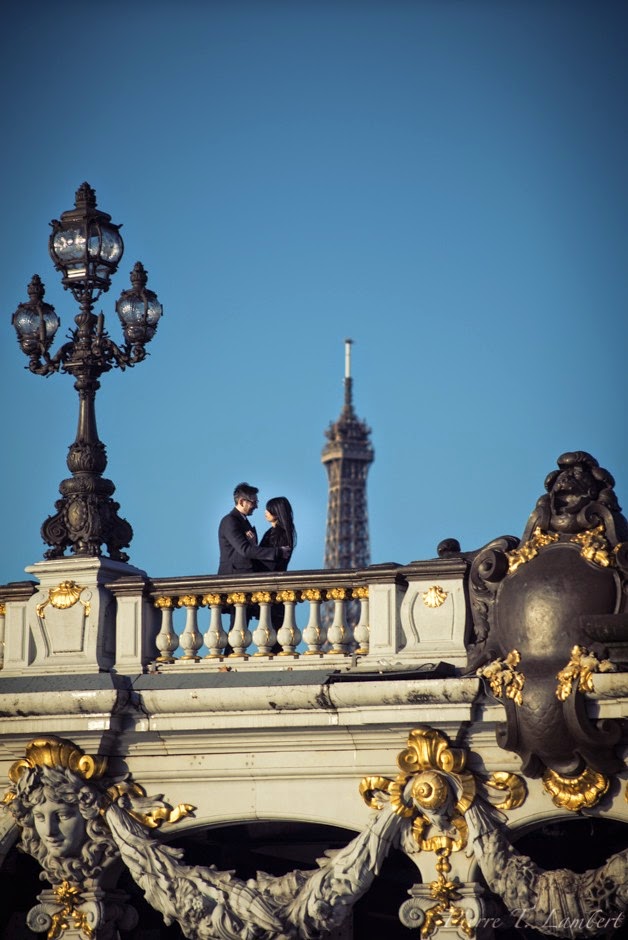 Classic engagement shoot set up. Not exactly what we had in mind as we were after something less posed but seriously, can the photo get any more Parisian..?! The Pont Alexandre III, its detailing, the lamp post, the Eiffel Tower in the background! I just had to include it. 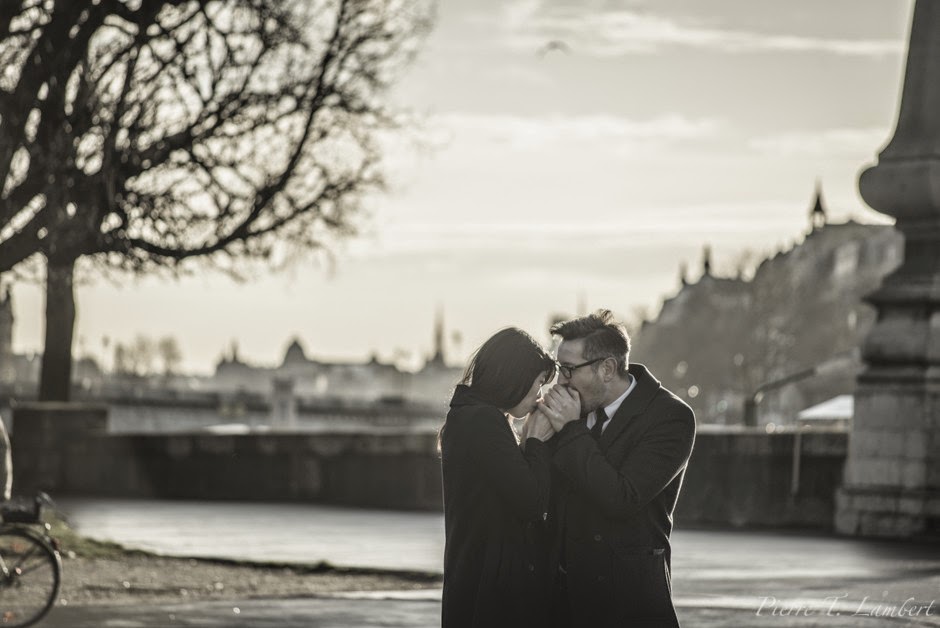 One of my favourites because of the antique looking wash. I feel like we are in a postcard from the past! We had taken a break to defrost our hands because I couldn't feel my fingers. It was icy cold that morning at about 3 or 4 degrees celcius! (that is COLD for us Australians!) and Pierre captured this timeless moment perfectly. 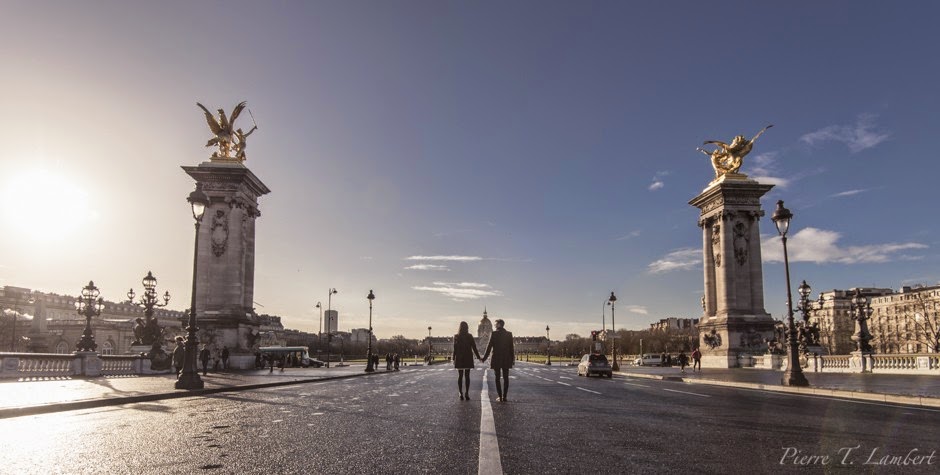 Towards the end of the shoot I told Pierre there was one more place I wanted to head towards - Invalides to take a wide shot with us right in the middle. Pierre knew exactly what I meant and delivered this amazing shot a few minutes later.

And lastly, here are two of my favourite shots from the session of Frenchie and I. 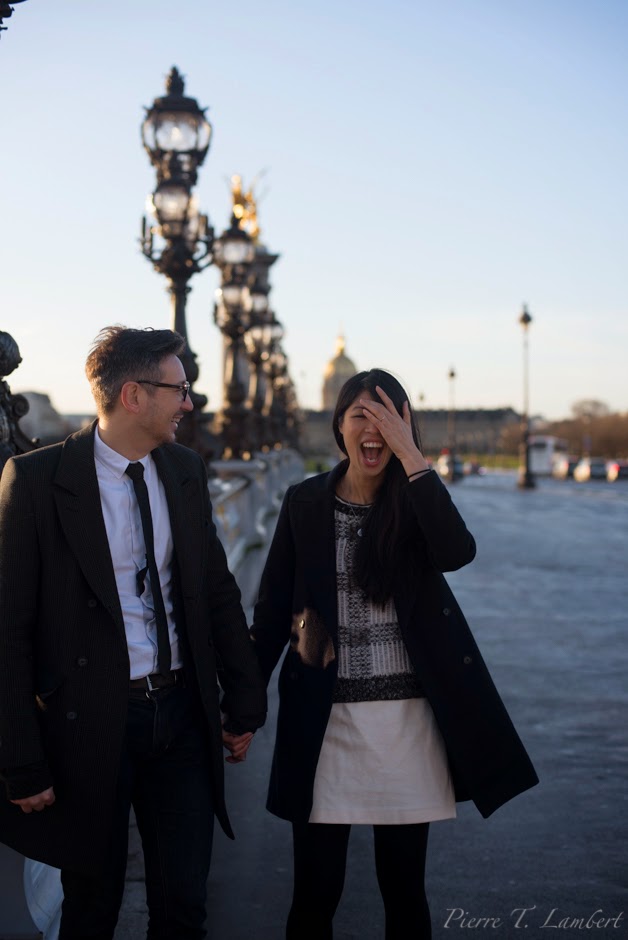 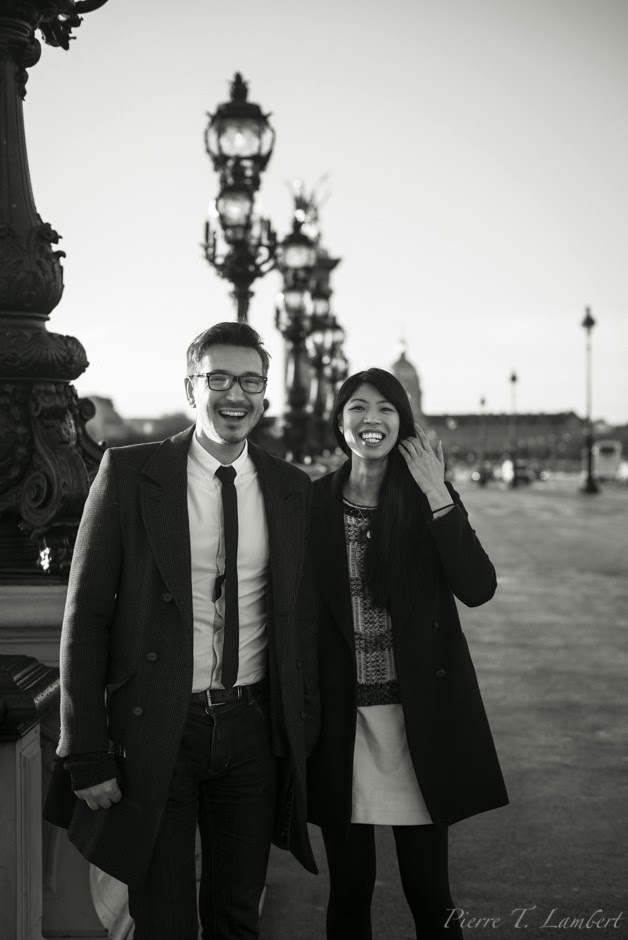 Email ThisBlogThis!Share to TwitterShare to FacebookShare to Pinterest
Labels: Paris, things to do, thoughts